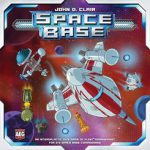 The top two finishers from the Final will receive a EuroQuest plaque.

All heats, the Semi-Final, and the Final will use the Base game only.

All games will use the Light Speed Variant. Be sure you are familiar with this variant before beginning play.

Most games will be played with 4 players, with 5-player games as needed to fill out the tables. Players should seat themselves randomly at the table.

There will be four preliminary heats in pairs of two, followed by the semi-final and final.

At beginning of Heat 1, the game owners (or other designee) will seat themselves and set up their game. Other players will be randomly assigned to a table by the GM.

At the completion of Heat 1, players should leave the game set up, and wait for reassignment for Heat 2.  Game owners will remain at their own table while other players will rotate tables.

Players who played in Heat 1 are encouraged to play Heat 2, but may skip this heat if desired. Please notify the GM if you are not playing in Heat 2.

New players may join for Heat 2, but they must check in with the GM. Any new players will be mixed into the tables before Heat 2 begins.

The same process will be repeated for Heat 3 and 4.

Each heat will count separately, so a player could accumulate up to 4 scores if they play in all heats.

At the end of the game, the player with the most victory points wins. If more than one player is tied for first, play another round.

If players are still tied, the following tiebreakers should be used: