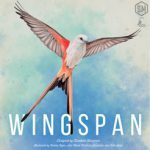 The top two finishers from the Final will receive a EuroQuest plaque.

There will be three preliminary heats, followed by the Semi-Final and Final.

The Europe or Oceania expansions may be used in the heats, if all players agree. Otherwise, the Base game must be used.

The Semi-Final and the Final will use the Base version of the game.

Most games will be played with 4 players, resorting to 5-player games only if needed. Players will randomly select turn order and seating order at the start of each game.