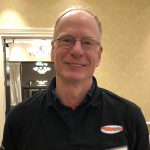 Calling all Earthlings.  The evil alien Krenn have invaded Earth’s Timeline and will irrevocably corrupt it unless their influence is removed.   Please report for duty Thursday at 11 a.m. at Euroquest to save humanity! 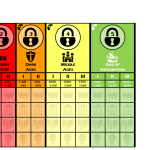 BACKGROUND.   In the year 2525, humankind is still alive and kicking.  Since the discovery of the quantum drive in 2219, Earthers escaped the shackles of their own solar system and explored many a distant world bringing peace, prosperity and, ok, an occasional war or two, but what the heck, it’s a big universe.  Most of the civilized galaxy banded together to form the Interplanetary Alliance in 2302.  Everything was relatively peaceful until the evil Krenn Dynasty appeared on the fringes of known space.  The Krenn are a warlike civilization intent on conquest or mutual destruction.  The Alliance’s forces, led by Admiral D. S. Shaw, turned the tide in the famous Defeat of the Krenn battle in 2524 but in the final days of the intergalactic struggle, a disturbing discovery was made.  A number of Krenn raiders escaped through a mysterious wormhole, which appeared to end in uncharted deep space.  On further inspection, scientists discovered the wormhole bends the space time continuum, allowing travel into Earth’s past.  The Krenn apparently realized the only way to secure their dynasty was to wreak havoc in Earth’s past, changing the future and dooming the Alliance before it ever comes into existence!

The Alliance summoned its best minds to address the ultimate threat of non-existence posed by the Krenn’s attempted disruption of Earth’s past.  (Sorry, you weren’t invited.)  These brainiacs invented the brilliant Time Lock, which prevents the Krenn from invading eras in the past. For some inexplicable reason you have been chosen as one of the first Time Trekkers, tasked with going back in time to correct the Krenn’s evil plans before time itself is re-written irrevocably.  Of course, since time travel was previously unknown, the time ship design engineers are still working out a few kinks. But don’t worry, we have been assured that your Flagship is sufficient to allow you to complete at least one mission and hopefully return to pick up additional Crew and upgrade your fleet from time to time (so to speak).  Go save existence as we know it.  Good luck and may time be forever on your side.

BASIC CONCEPT.  The alien Krenn have altered Earth’s Timeline by affecting leaders, civilizations, events, and inventions…and will corrupt the Timeline irrevocably and erase humankind from existence unless you eliminate their influence. Your mission, should you choose to accept it, is to use your Fleet of time ships (Flagship and Fighter) to implement time cards allowing you to travel back to specific points in time and eliminate the Krenn influence markers (KIM) from the Timeline, replacing them with your own.

Destroyed KIM act as Time Points (TPs) which allow you to further upgrade your Fleet (and act suspiciously like victory points).  As you eradicate KIM, you try to establish Time Locks, which prevent the Krenn from appearing in the time locked era.  Each turn the Krenn influence is not destroyed, it spreads like a plague. If the Krenn influence is not stopped in time, the Krenn prevail and you are wiped from existence.  You also lose the game.

The game may be played on a cooperative or competitive basis.  In the Cooperative Game, if the Krenn are eliminated, everyone wins; if the Krenn survive, everyone loses (although you won’t exist anymore so that’s the least of your concerns). The Competitive Game is designed to be played by two 2-player competing teams, but also may be played individually.  In addition to eliminating KIM, you seek to maximize your TPs by establishing control over historical tracks and eras.

Please see the attachments for latest artwork and more information: